Edward Cornwell Eucharistic A young man concerned about the future of the world and the abyss that is identity politics. It is vitally important that we raise up individual responsibility and the necessity that is TRUTH.

The slow weeding out of Thanksgiving is incredibly emblematic of our growing lack of appreciation as a people.

I can’t wait!!! Will there be punishments?

We need another election where it can only be voted by in person voting, with ID, and credible people counting the votes being highly observed by law enforcement or even the military.

THREAD part 2
U.S. businesses make billions of dollars off of slave labor in China.
Our phones are made there, our shoes are made there, and much more. Even more, these companies kowtow to China politically, including Apple, the NBA, Blizzard, Disney and others.
While we complain about income inequality in the U.S., the Chinese people on the lower end of the distribution make a nice $145 per month. Donald has been working on and succeeding in bringing those jobs back to the U.S. forcing our giant corporations to pay way more for labor and put more money back into the pockets of Americans instead of funneling it into the largest Communist regime in human history.
All magicians know that misdirection is their most powerful tool and the American media are masters in the art.

THREAD #1
My friends you have been duped by the ivory tower that is the deep friendship of mainstream media, big tech, and snake pits within the government. I know many people that are frustrated with the super rich elite and their extreme amounts of power. These same people perceive Donald Trump to represent the ruling establishment that want to increase their own capital regardless of what the consequences are for the working man. I want to ask these folks something. If this is the case, why has the news media spent the majority of their time and money trying to make him look and sound as bad as possible? Why do the multi-billion dollar social media companies censor vast swaths of conservative material and leave radical leftists ideology untouched?
The Democratic primary was a farce. The folks in the ivory tower had already chosen the hair sniffer as their horse before it even started. The reason they hate Donald? The trade tariffs on China most of all.

If I wanted remedial hot takes from self-aggrandizing republican school-to-keyboard pundits who've never a day in their lives canvassed, phone banked, donated time or money, or did anything to effect change beyond writing uninspired editorials or spitting rehearsed sound bites on cable news, I'd ask for them. Unfollowing some folks over at garbage/twitter dot com. Stop lecturing voters who have every right to question the ridiculous hypocrisy from the left and the media.

get this out there! Twitter has censored this video!

There is more than enough evidence to warrant an investigation at this point.

I could care less what the pilot of my plane looks like as long as we get to the destination safely and on time. But the left thinks I'm racist because the pilot is white.
A true democracy is a governmental system in which the individuals are treated as such. The modern "Democratic" party is anything but.
The leftists media is playing us like a violin and it's embarrassing.
I am sick and tired of identity politics because I am a goddamn individual. If this ideological sickness continues to poison American law, I will not tow the line. I will never treat people differently based on anything other than their character and if this ideology wants to make it mandatory. They will have to kill me.

Give me liberty or give me death

Who is it in the political landscape that wants to treat Americans differently based on race? The "Democrats", postmodernists, neomarxists, socialists, and all together leftists. They are projecting what they are on the rest of the world. Claiming that the world is racist is deflection and projection. The left of today is actually the largest group of racist individuals in modern history.
This may sound like a delusion, but if we take a closer look, we will see the truth.
Joe Biden specifically said that he would choose a black woman as his running mate. Tell me. What does the vice presidents race or gender have to do with their qualification for a position of such competence and responsibility. The answer is absolutely nothing. I don't give a damn what the amount of melanin in her skin is, but Joe Biden clearly does.
The left speaks of putting more people of all races in positions of power. This is perfectly fine if they are chosen based on competence and not on race or gender.

Yeah. This is exactly right. Being concerned about racism is racist. You explained it well; I've been trying to articulate this idea but find it difficult. Even being sensitive of someone's feelings because they're a different color is...actively evaluating a person based on race.
On the other hand, I've been accused of being racist because I'm totally oblivious to ethnicity, and I don't enev know how to explain that.

What is racism but treating people differently based solely on their ethnic background? That is fundamentally what it is and not everyone knows this, but it's a bad idea. Treating human beings as members of a group rather than as individuals is directly responsible for some of the most horrific genocides in history. I'm sure I dont need to get into it, but Natzi Germany, Soviet Russia and Maoist China, just to name a few, slaughtered millions because they were perceived to be part of a particular group.
Some of us may not know what critical race theory is, but it is a political philosophy that considers power dynamic between races. This philosophy wants to put law into place that treats humans differently based on race. This is racism period.
Donald Trump banned critical race theory for this reason.

The thing that amazes me is not that the dead are voting, but that they always vote Democrat.

Bill Mitchell • Save the Republic! · @mitchellvii 3 weeks ago ·

So Trump questions the highly suspect massive all Biden vote dump in Michigan at 4:00 a.m. and Twitter censors the tweet?

"WHAT IS THIS ALL ABOUT?" - Twitter Censors President Trump's Accurate Tweet Questioning Massive Ballot Dump in Michigan That Went 100% For Biden Big Tech is working with Joe Biden and the Democrats to steal the election from President Trump. As TGP reported, a very suspicious ballot dump in Michigan in the dead of the night went 100% to Joe...

Bill Mitchell • Save the Republic! · @mitchellvii 3 weeks ago ·

It appears that in both Michigan and Wisconsin, at around 4:00 in the morning, Biden received huge vote infusions while Trump got nothing. What the hell was up with that?

Trump retweeted this one where Biden got a huge dump of votes and Trump got zero. That is obviously impossible.

New episode of Eucharistic is up. If you like being offended, thinking about the nature of religion or having a good laugh, come check it out! 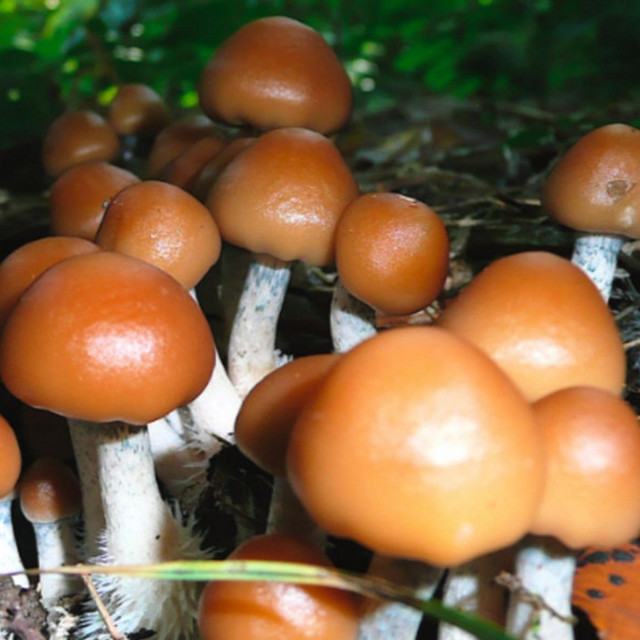 Burgers at Gopashtami Listen to this episode from Eucharistic on Spotify. Jairo and I sit down to talk about free speech, religion and coming out of the closet.

Echoed By Edward Cornwell
·
1 month ago

“If I go to prison, I do not look cute in stripes...I will hate you forever.”

“You know on here you chose a Rep, not a Dem right?”

Along with the suppression of speech that facebook and twitter partook in to protect the Biden presidential campaign, the Biden campaign has solid connections with both social-media companies. People that worked with Biden now work with facebook and vice-versa.

Regardless of my opinions on policy, it is clear to me which of our candidates does not hold free speech with the sanctity that it deserves. Speech is precisely how everyday people contribute to the future and direction of our collective lives. Without it, we are laying our lives at the feet of those few that want nothing more than universal silent compliance. 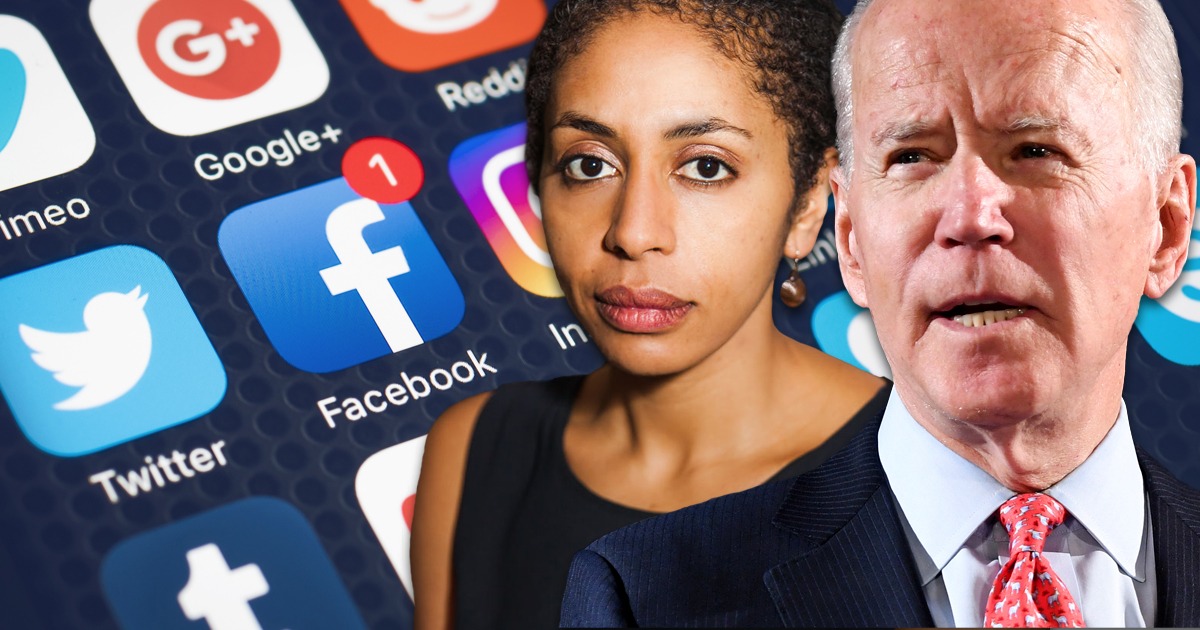 Facebook, Twitter Executives Connected To Biden Campaign Amid Social Media Scandal - National File In what could be seen as collusion to commit election interference, the Biden campaign has hired former social media giant

Technical program manager at google says that they are "playing god" with the ways that they control the things that are viewed on the internet. Google thinks that it is their job to control how human beings think. Let's not let them. 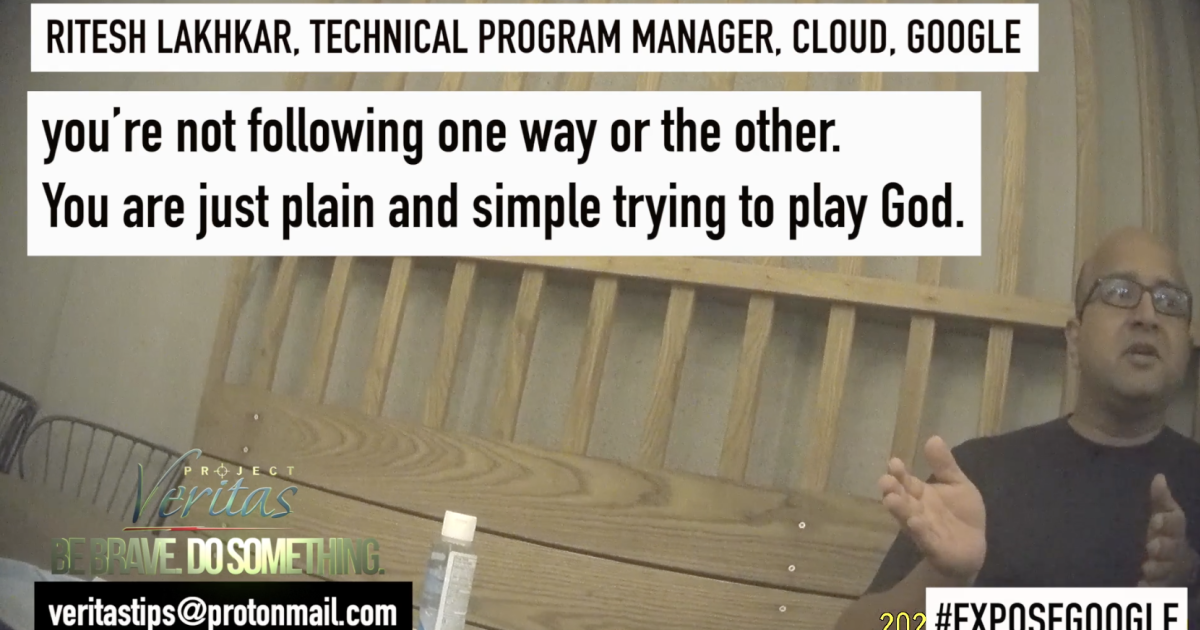 Senior Google Manager On Search Engine’s Power: ‘You Are Just Plain And Simple Trying To Play God’… ‘The Power’s In The Search’ … ‘Trump Says Something, Misinformation, You’re Gonna Delete’ … ‘If A Democratic Leader Says That, Then, You’re Gonna Leave It’ | Project Veritas Investigating and exposing corruption in both public and private institutions.