Confronting Walmart's Mask Sheeple While Talking on the Phone

Confronting Walmart's Mask Sheeple While Talking on the Phone undefined

Situation Update, Mar. 4th, 2021 - Black leaders dare to tell the truth about vaccine depopulation G For more updates, visit: http://www.brighteon.com/channel/hrreport NaturalNews videos would not be possible without you, as always we remain passionately dedicated to our mission of educating people...

THE CDC ADMITS ON NBC JAN,23 THAT THEY NEVER ISOLATED THE VIRUS

The CDC Admits On NBC Jan,23 That They Never Isolated The Virus Link To Original NBC Broadcast From January 23rd, 2021 https://www.youtube.com/watch?v=TjjA-8JXzYI&t=0s

SILVERSTEIN - WE DESIGNED THE NEW WORLD TRADE CENTER BEFORE 2001 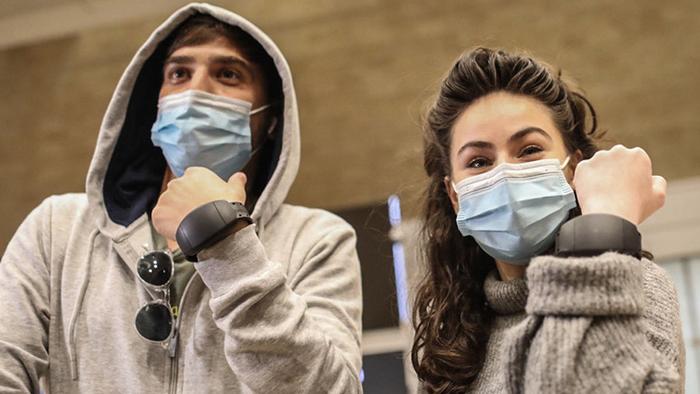 "Freedom Bracelet" Tracking Device Launched As Alternative To Quarantine | ZeroHedge ZeroHedge - On a long enough timeline, the survival rate for everyone drops to zero London Police Says COVID Rules No Longer "Policeable" as Huge Crowds Turn Out for the Sun in Defiance of Government As usual the police want to be paid to do nothing, which in this case works to people's advantage

CDC CAUGHT SHAVING DEATH & LIFE THREATENING AND OTHER DATA FROM VAERS DATABASE, COMPLETE ANALYSIS SHARE THIS WITH EVERYONE

CDC CAUGHT SHAVING DEATH & LIFE THREATENING AND OTHER DATA FROM VAERS DATABASE, COMPLETE ANALYSIS SHARE THIS WITH EVERYONE

MARK OF THE BEAST IS HERE: TRACKING BRACELET BECOMES REALITY IN ISRAEL

Mark of the Beast is Here: Tracking Bracelet Becomes Reality in Israel Israel has rolled out what it is calling a ‘Freedom bracelet’, a tracking device that will serve as an alternative to a two-week quarantine for anyone entering the country from abroad....

'YOU ARE BEING PLAYED' BY THE CDC AND WHO REGARDING COVID-19 NOTES DR. SCOTT JENSEN

BREAKING !! WE NEED AN AUDIT OF COVID-19 DEATH CERTIFICATES !! DR. SCOTT JENSEN - MUST WATCH !! SHARE THIS WITH EVERYONE ISRAEL is being used as an EXAMPLE of how things are going to be now under the NWO BEAST SYSTEM which will be based in JERUSALEM. What's going on there is a CON. Israeli's AREN'T GETTING THE REAL COVID 19 DEATH VACCINE. That's obvious by now due to the lack of deaths and vaccine injuries NOT BEING REPORTED from there. All the rest appears to be real, but is only being implemented there, so THE SAME can be implemented in EUROPE and the USA without the accusation that ISRAEL/"THE JEWS" aren't being put under the same draconian restrictions. JEWS DON'T MASS MURDER JEWS and the COVID 19 HOAX is the 666 NWO ROTHSCHILD JEW TEAM plan to implement the NWO BEAST SYSTEM worldwide and to GENOCIDE the WHITE EUROPEAN RACE of people. That's how we see this Israeli situation.

THIS ISRAELI GUY on here ADMITS the NWO will be run from JERUSALEM!!!!!!!!!!

Brighteon This is an Emergency! Please share around the world! Join our channel on Telegram - https://t.me/Pointoview